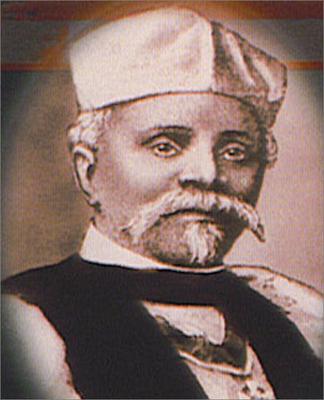 The history of the Episcopal Church USA reflects the changes and challenges of the nation including the unique experience of Black Americans as slaves and free people. Each Sunday in February, we will focus on two pioneers. Their lives and their ministries are a tribute to their spiritual, intellectual and vocational gifts as well as to the community that nurtured and continues to support their work.

Born in 1824 in Washington, DC, James Theodore Holly was the descendent of freed slaves. He was active in anti-slavery conventions in the free states in the United States befriending Frederick Douglass and participating in abolitionist activities.

As a young man, he left the Roman Catholic Church over a dispute about ordaining local black clergy and joined the Episcopal Church. He was a shoemaker, then a teacher and school principal before his own ordination at the age of 27. He was ordained deacon in the Diocese of Michigan and after his ordination to the priesthood served as rector at St Luke’s Church in New Haven, Connecticut and was one of the founders of the Protestant Episcopal Society for Promoting the Extension of the Church among Colored People (a forerunner of UBE) in 1856. This group challenged the Church to take a position against slavery at the General Convention.

In 1861 he left the United States with his family and a group of African Americans to settle in Haiti---the world’s first black republic. He lost his family and other settlers to disease and poor living conditions but was successful in establishing schools and building the Church. He trained young priests and started congregations and medical programs in the countryside. In 1874 he was ordained bishop at Grace Church, New York City and he was named Bishop of the Episcopal Church of Haiti. On Bishop Holly's one visit to Great Britain, to attend the Second Lambeth Conference, by invitation of the late Dean Stanley, he preached in Westminster Abbey on St. James Day in 1878. He died in Haiti on March 13, 1911.

Information from the Office of Black Ministries in the Episcopal Church.
Posted by Rev. Kurt Huber at 7:09 PM

Buy me a beer